Considered as the 8th largest economy in Asia, Thailand is seeing itself and its GDP grow every year. In 2017, its GDP amounted to 15,450 trillion Baht (US$455 billion). The country excels in the industrial and service sectors with a target of moving towards a service-oriented economy.

Bangkok is one of Thailand’s most popular cities with a population of 14,600,000. The city contributed to 29.1% of Thailand’s GDP in 2010. Bangkok also accounts for 48.4% of the country’s service sector. Since Bangkok was organically developed, its streets do not follow an organized structure. Traveling by road is their most popular mode of transportation. 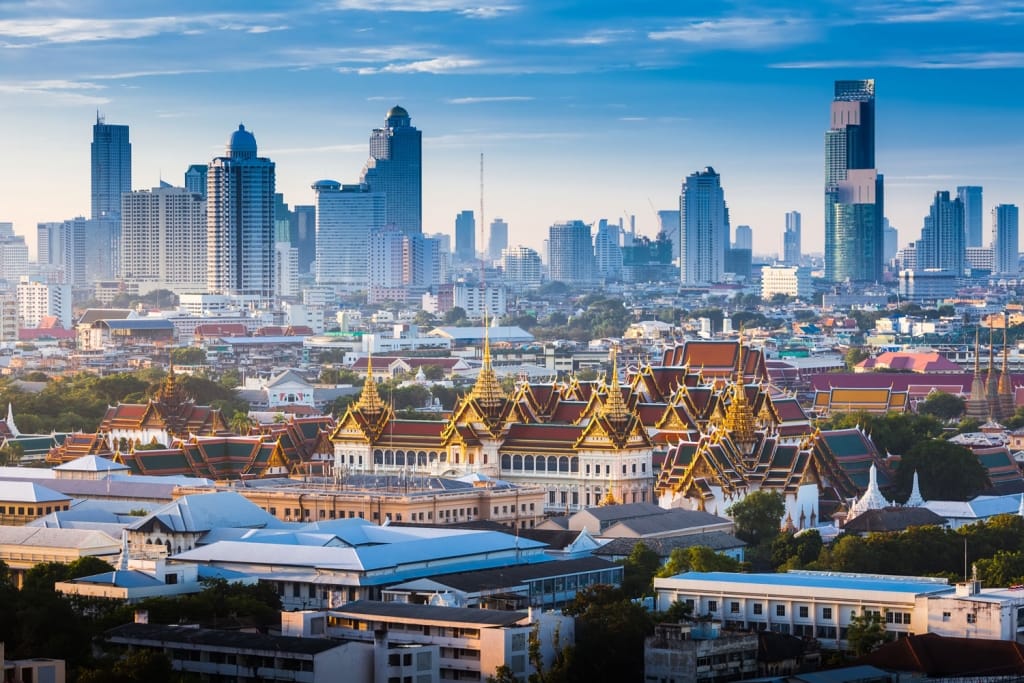 Thailand has one of the most creative advertising industries in the world. Their weep-worthy videos posted across social media are very popular.  These videos have reached up to 5 million hits on Facebook and YouTube. The country’s traditional media is still very much active as well. Thailand has 21 national newspapers and 6 national TV networks. Bangkok alone has 40 out of 311 FM stations and 38 out of 212 AM stations present in Thailand.

Growth expectation of their advertising industry is 4.8% higher in 2019, reaching 124 billion Baht (US$3.65 billion). Smartphones are frequently used in Thailand with 70% of the population using them. The most popular applications downloaded on smartphones are Grab, Eatigo, and Kaidee. Thailand has the most rapid growth when it comes to outdoor, transit, and in-store advertising. Their estimated spending in 2019 is at 15 billion Baht.

TV advertisements in Thailand spend a total of 32.7 billion Baht (US$964 million). Television holds the top spot while the Thailand Out-of-Home (OOH) industry holds the 3rd. High urbanization and traffic in Bangkok keeps Outdoor Advertising in Thailand strong. It is also a highly fragmented market with few international players. 2 of the 3 large media owners in Thailand, PlanB and Hello Bangkok, have consolidated in the past 3 years. This has led to higher media prices and better quality of digital OOH. These media owners are also aggressively expanding into other ASEAN countries like Indonesia. Thailand OOH ad sales are expected to increase by 7 to 9.8% in 2019.

RELATED: 5 Tips for a Good Billboard

Brands in Thailand also use the concept of “flooding” at Bangkok Mass Transit System stations. The dominating layout of these brands makes it highly visible to consumers. Although, its repetition may trigger a possible turn-off to other consumers. Digital Advertising do not accommodate singular buys but are almost always sold in networks. Packages are mostly given to large-volume clients and media agencies. Most media owners in Thailand are quite guarded when it comes to quoting for unknown inquiries.

When it comes to static billboards, advertisements are super-sized. The most notable ones reach up to 100 meters in length so that these billboards can be seen from the international airport exit points. Brands like Samsung are those who regularly buy out these spots.

TPM Outdoor’s reach covers 12 countries across Asia, including Thailand. With our hardworking marketing, creatives, and production teams, we can work with your brand to execute Out-of-home campaigns in Thailand and various countries.

You may check out The Perfect Media Outdoor’s Services to learn more.